On Sunday, 3rd June, 2018 Branch 36 held its annual D-Day Church Parade and service.  The parade was led by the Dundas Pipe Band.  Next in the parade was the Branch 36 Colour party consisting of Legion members and cadets from the local Sea, Army and Air cadet groups.

The Colour party was followed by a contingent of Legion members and local cadet officers.  Next came large cadet groups that made up the bulk of the parade.  When the parade fell in on Peel Street, the Parade Marshall Rick Valois, who is also Branch 36's Cadet Liason Officer presented the Legion Cadet Medal of Excellence to Master Warrant Officer Charlotte Rae and member of the 2685 Hamilton Wentworth Artillery Cadet Battery.  The parade then moved off to the St.James church on Melville Street, where Legion members, who could not take part in the parade, joined parade members and attended the church service.

After the church service, the parade reformed and marched past the Memorial honoring veterans located outside the Community center, and then marched back to the Legion.  After the parade everyone enjoyed refreshments and the grill was set up outside Branch 36 and hamburgers and hot dogs were made for everyone in attendance. 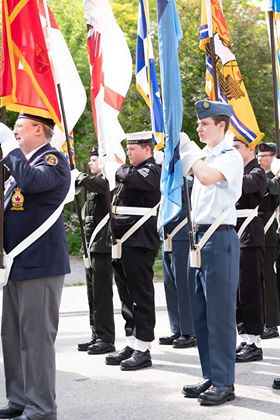 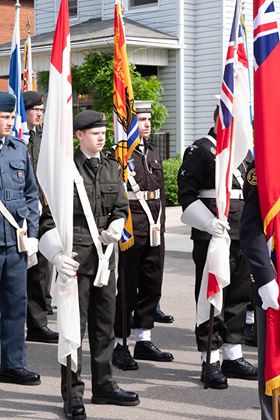 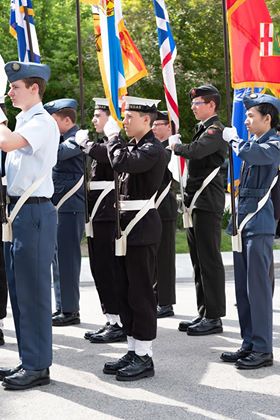 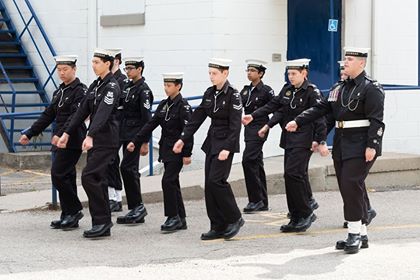 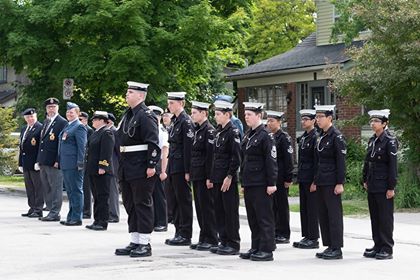 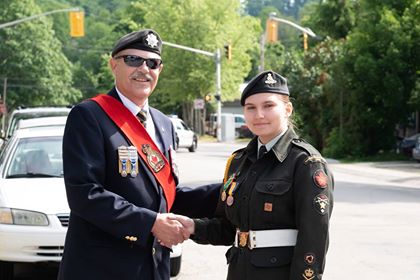 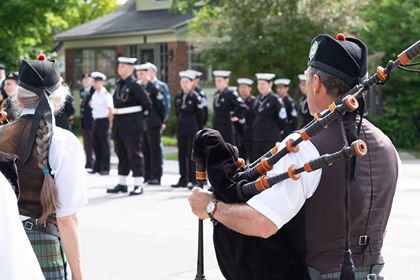 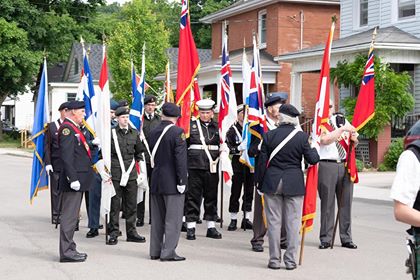 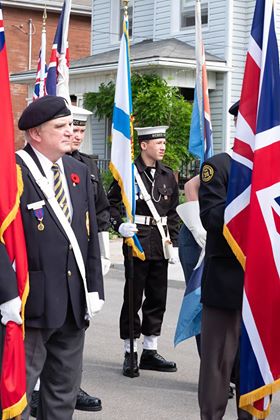 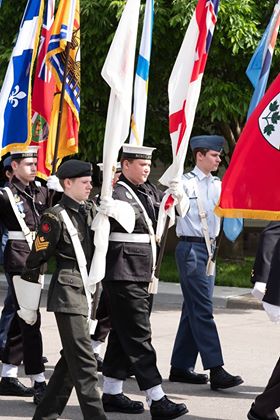 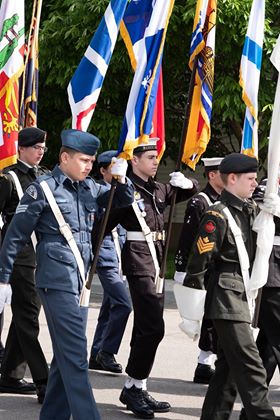 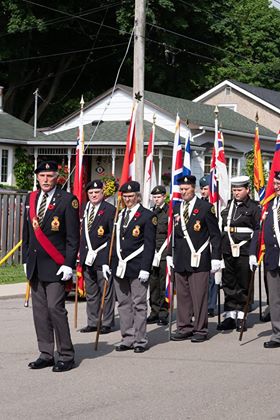